Four years on from announcing that millions of its tumble dryers posed a fire risk, Whirlpool reveals a fire problem with more than 500,000 Hotpoint and Indesit washing machines.

The machines are being recalled owing to a fault with the door lock, which results in them posing a fire risk. The recall covers models manufactured between October 2014 and February 2018. Owners of washing machines from Indesit and Hotpoint purchased since 2014 are urged to contact Whirlpool immediately to check if their washing machine is one of the affected models.

The advice to consumers with an affected machine is to stop using it immediately, unplug it and register with Whirlpool for a free replacement machine or a free-of-charge in-home repair of their existing appliance.

Is my washing machine at risk?
Owners of washing machines from Indesit and Hotpoint purchased since 2014 are urged to contact Whirlpool immediately to check if they have one of the affected models. You do this via an online checker tool where you’ll also register to receive a replacement.
As the web page issued by Whirlpool seems to have been experiencing some technical difficulties and you might have trouble reaching it, you can take a look at the list below to see if your Hotpoint or Indesit washing machine is affected by the recall. The list has been provided by Whirlpool and includes 42 models made up of 39 from Hotpoint and three from Indesit. Can’t see the list of models below? Then follow this link.
A fault inside the door was responsible for a Hotpoint tumble dryer fire in Llanwrst, Denbighshire in Oct 2014 that killed two men. At the inquest, in September 2017, the coroner stated that on the balance of probabilities the fire was caused by an electrical fault inside the door of the Hotpoint tumble dryer, a brand owned by Whirlpool.
What’s the issue with the recalled washing machines?
The safety issue concerns the door lock system on certain models, Whirlpool says in a press statement issued today. The manufacturer goes on to explain that when the heating element in the washing machine is activated, in very rare cases a component in the door lock system can overheat, which can pose a risk of fire.

Whirlpool’s advice to owners of its fire-risk washing machines

Whirlpool is advising owners of its fire-risk washing machines to:

The total number of fires caused by these washing machines hasn’t been revealed by Whirlpool at the time of writing. But the manufacturer has confirmed that it had carried out its own risk assessment following several breach fires. A breach fire is one that isn’t contained within the machine itself. Whirlpool has said that no serious injuries have been reported.

In November, MPs criticised Whirlpool’s approach to customer safety. Rachel Reeves, chair of the Business, Energy and Industrial Strategy (BEIS) Committee, said: ‘Whirlpool’s response to fixing safety flaws in its tumble dryers has too often owed more to PR management than to taking the practical steps to make its machines safe for customers. ‘The Whirlpool tumble dryer saga has dragged on for far too long, leaving customers, now four years on, still fearing they may have potentially unsafe tumble dryers in their homes. ‘Whirlpool has failed to live up to the duties it owes to its customers. Whirlpool’s prime obligation was to fix the safety issues with its tumble dryers rather than engage in disgraceful tactics, such as using NDAs to silence customers who have been the victim of fires involving its products.’ 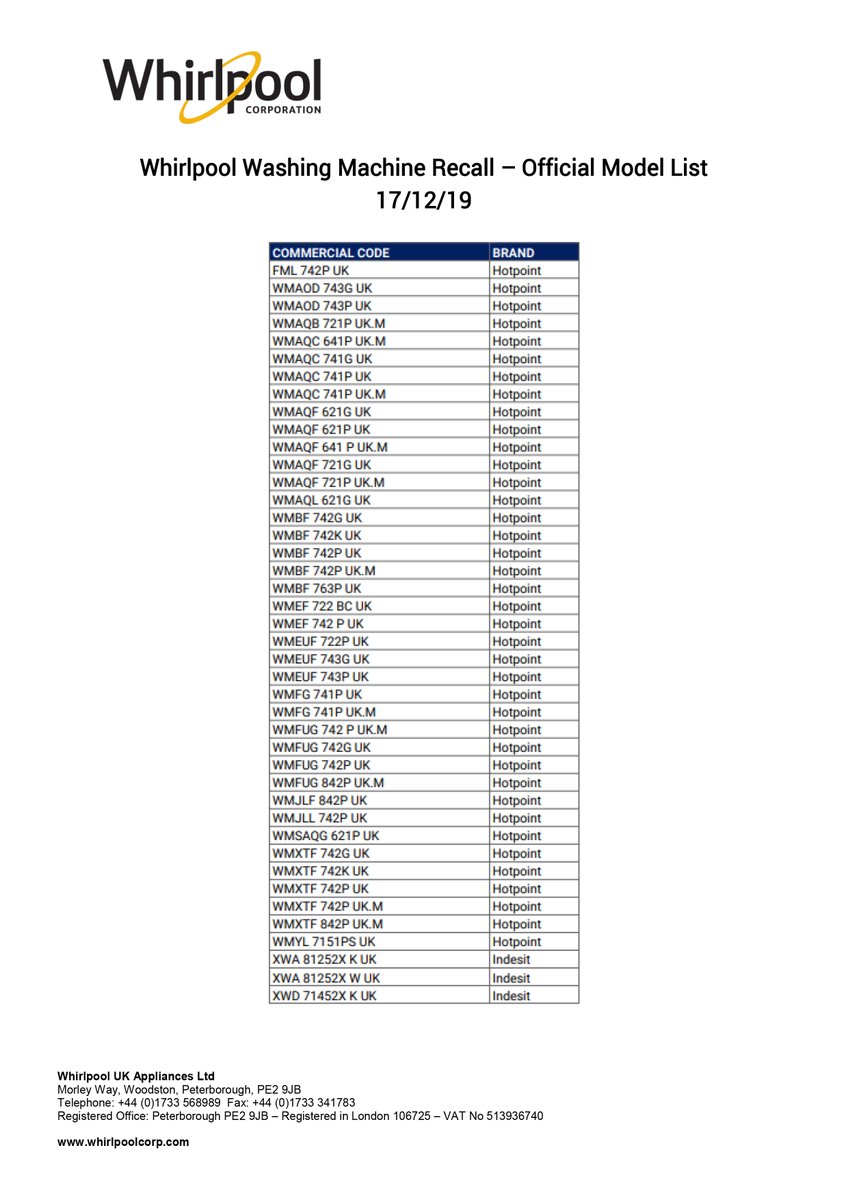 What are the best BTL mortgage options for... A few tips to help you avoid property tax...